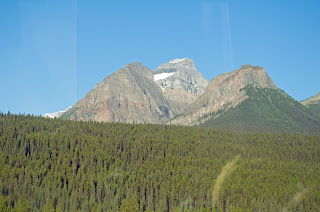 Just a different drawing of mountain.
The big seal script of the character is

is still similar as that of Shell Bone script, but the lines are more straight.

Then the character became to Clerical script (about 2000 years ago)

in which just straight lines, no curve any more.

The Clerical script has changes in width of the line, which could only be done by brush, making the character very beautiful, and unique from all characters written by pen.

For people who don't Pinyin, you can learn Pinyin online by search Pinyin on Google or Youtube. There are many Pinyin free lesson videos.

Pinyin (Pronunciation) for 山 is Shan1

I have made a video for this character on youtube, you are welcome to watch to learn more, especially you can hear the pronunciation of the character.