The Big Seal script of character Water is 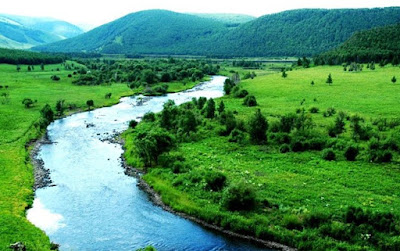 similar to the Shell Bone script, but the drops become bent lines, like water flow.

changed a lot. The water drops or flow on sides are disappeared, replaced by strokes. The middle bent curve become a straight line with a hook on the bottom end. But we still can see a little bit similarity, not much though. It is far from the original pictography.