The Shell Bone script for character Net is

a picture of net, a typical pictography character.

In the ancient time, people made fishing net to catch fish. 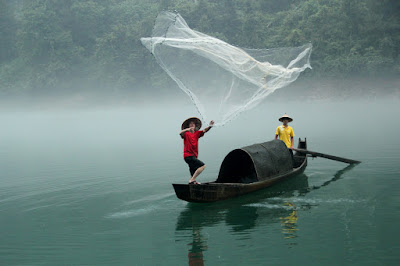 Its Big Seal script is

Similar to the shell bone script, a drawing of net.
Its Small Seal script is

There is another Small Seal script from the Dictionary

which is not like the picture of net too. The meaning of its left part is silk or rope, which is the material for the net,  it becomes an ideogram character.

The song typeface of the traditional character is

網
same as the clerical script.