Dragon is the fifth animal in Chinese Zodiac. It is the only virtual not real animal.

Character Dragon is one of the most popular Chinese characters, you can see the character in many places, especially in Martial Art Clubs, and Tattoo on bodies.

The Shell Bone script of character Dragon is

a little bit like dragon, the top is the head, the middle is the body, the right curve is the tail.

The bronze script of character Dragon is

We can see the head, the tail, and the teeth.
The big seal script of character Dragon is

a very popular character in China for at least 2000 + years. It is a pictography, the left part are the head and body of dragon, and the right part are the hair and tail of dragon. People believe that dragon is very big, very powerful, a dinosaur-alike animal. 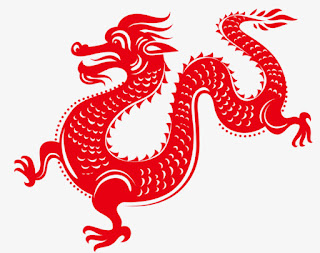 The song typeface of the traditional character is

龍
same as the Shell Bone and Small Seal scripts.


greatly changed, the pictography feature disappeared. It is from cursive script which reduced strokes dramatically, you can write faster but destroyed the pictography.

龙 or 龍 is the most popular character in Chinese because Chinese say "we are the successors of dragon". Chinese emperors wore yellow "dragon cloth", Chinese believed that dragon means "power, control, and dignity, which emperors wanted the most. 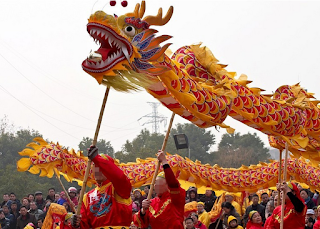