The shell bone script for character Bamboo is

a picture of bamboo leaves, do not be confused with chicken claws. 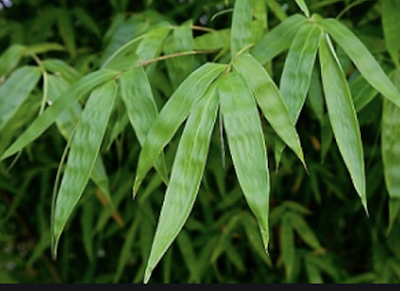 There are two bamboo trees, and the = in the bottom is leaves on the ground.
Its big seal script is

some similarity to Shell Bone script, symmetrical and beautiful, and good pictography.

more like to bamboo leaves than Small Seal script, the right hook is optional, some people didn't wright the hook, which is more like bamboo.