The Bronze script of the character River is

we see water flow like a river. Normally, it is a big river, not small river. 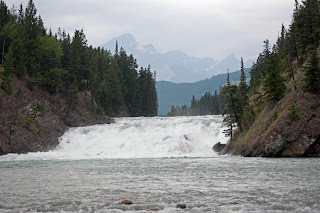 The Big Seal script for character River is

similar to the Bronze script.

similar to the older scripts, but straight down except the left stroke.

The current standard traditional or simplified script character is