The Shell Bone script of character Field is 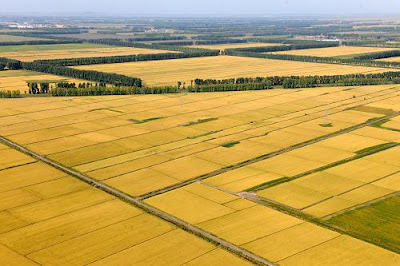 The above picture is the rice field.

When I asked students or Americans what the character looks like? The answer is window.

It is understandable because it is like American windows. But traditional Chinese windows are different, let's look a couple pictures: 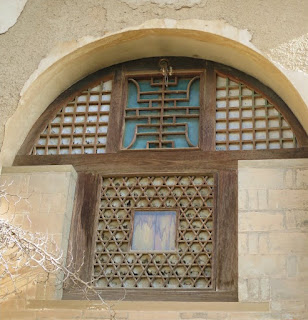 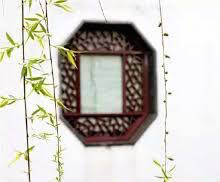 They are not like American windows at all. The character is more like Chinese field, not Chinese traditional window.

It is a wheel.

Its small Seal script is

similar as the old scripts, a rounded border replaced the square border. Both can be seen in the real world.

almost the same as old characters. It is the simplest, and best character to present the Field.

田
It is pronounced as "Tian2".