The Shell Bone script for character People or Human being is

a bowing person's side image. 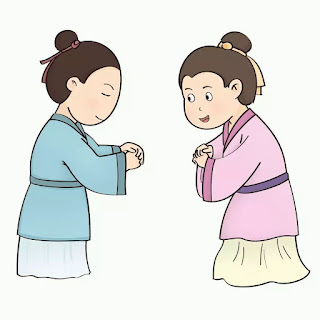 similar, but the back is bent as big as an Ape. It was not to describe a human being as an ape, it is just  to extend the arm to the ground to make the character more symmetric because the symmetric is the typical characteristic of small seal script.

impossible to simplify anymore. It is one of the simplest characters.