The big seal script of character Grass is

like four tuft of grass at the four corners, middle one 早 (Post 266) is character Morning. It means that you see the grass in the morning. This is a combination of pictography and ideogram character. 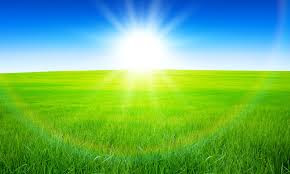 It is similar to big seal script, but only two tuft of grass, the character Morning changed a little bit, which is small seal script for character "Morning".

similar to the older scripts, but combined two tuft grass together.