The shell bone script for character Deer is

a picture of deer, the two antlers on the top, the head, the body and four legs. It is a very good pictography character. 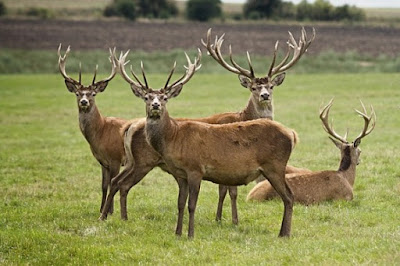 one antler on top, the head and body are not so clear, but four legs are clear. It is still like a deer.

some similarity to the small seal script, but not to the deer anymore. No antler, no head, even no legs. The pictography has been most damaged.

Its current song typeface is

鹿
same as the clerical script.