The big seal script of character Return is

which is roundabout, meaning Return. You can come back to the original point if you go along the line, just like the ground track field. 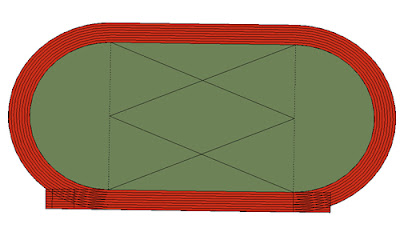 similar to the small seal script, but the lines are less round, more straight.

exactly same as clerical script. It is a pictography character.