The big seal script of character Look, See, or Watch is

the top left is big seal script of character Hand

a little bit twisted, but it is very close.

When you put your hand over your eyes, you are looking at or for something. It is an ideogram character. The character is also for "see", "watch", any action similar. 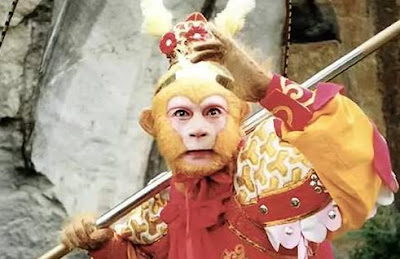 some similarity to the older script, the bottom is almost the same, but the top straight lines are not like fingers any more.