The shell bone script of character Book or Volume is

the four vertical lines represent the bamboo slips, which were the writing materials in ancient time. People wrote or drew characters on bamboo slips, then connected them by ropes. The circle line represents the rope. Because a bamboo slip is very narrow, only a few or a dozen character could be written on. Hundreds or thousands or even tens thousands bamboo slips were needed to form a book. 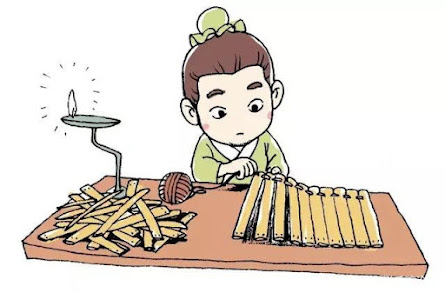 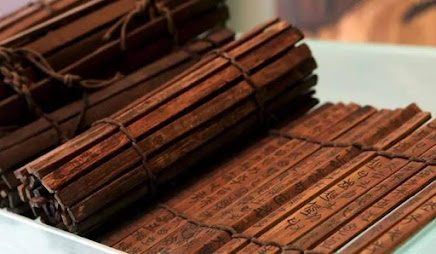 very similar to shell bone script.
The small script of the character is

still similar to the older two scripts, but only one rope left, no circle the slips, and the top slips are partially connected.

The song typeface traditional character is

The song typeface simplified character is

both are very similar. It has 7 strokes, same as the traditional character, which means not a real simplification.

Its Pinyin is "Ce4".
I need to point out that right now, the character 書 or 书, which original meaning is "Write" is used more popular for "Book", so character 册 is used more often as Volume - a copy of the Book.