The big seal script of character "Delete" is

the four vertical lines represent the bamboo slips, which were the writing materials in ancient time. People wrote on bamboo slips, then connected them by ropes. The circle line represents the rope. Because a bamboo slip is very small, only a few or a dozen character could be written on.  Hundreds or thousands or even tens thousands bamboo slips were needed to write a book. 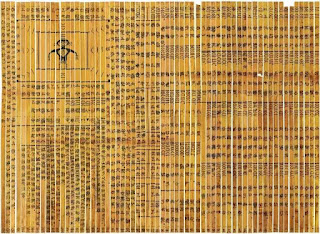 because 2000 years ago, people wrote on bamboo or wooden slips, so book was formed by many slips connected by rope, which is the left part. There was no eraser at that time, if people wrote wrong, they used knife to scrape the surface for rewriting. So "a book + a knife" means "delete".

The person who is responsible for writing documents has brushes and a specific small knife for deleting the wrong characters on bamboo slip. They were officer carrying small knife and brush, not a big knife as a soldier. You can see a few among Qin Terracotta Warriors. 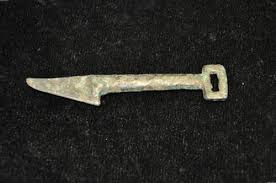 The character is formed by two other pictography characters to express a different meaning, which is an ideogram character.

The difference is very small, actually they have the same number of strokes, which means nothing is simplified.

I need to point out that 删 could mean "Erase" too.