The shell bone script of character "Dictionary" is

the top part is character Book (Post 62), the bottom part is two hands holding the book, which means that the book is big, heavy and authoritative.

It is an ideogram character.

The top is an open end Book, and the bottom is the simplified hands holding the book, or we could think that it is a table for holding the book.
The big seal script of the character is

Similar to the bronze script.
Its small script is

the top part is same as shell bone script, but the bottom part becomes a table or shelf, which means the book is on the table or shelf. 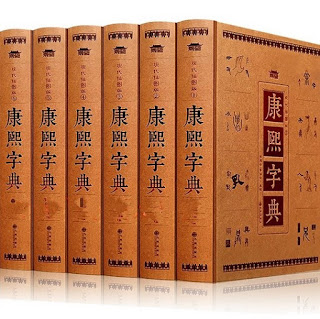