The shell bone script of character Peace is

The big cover on the top indicates a house, 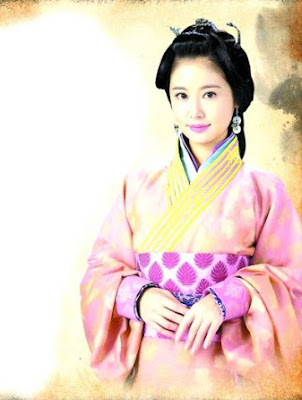 which may be wife or girlfriend, or mother. A man who has a home with wife or mother inside, he feels peaceful, calm, and secure. So this character represent the feeling of peace,  stable, secure, calm, quiet, etc.

It shows how important the woman is to the man. It is an ideogram character.

A woman or lady in a house.
Its big seal script is

The character Woman inside has a dot, many don't have the dot. Remember, the big seal script is not unified, so different people could write a little bit differently.

still a woman under a cover, but the cover is much smaller, even can't cover the woman underneath because the clerical script emphysizes the long horizontal line.

Its current standard printing script for traditional or simplified script is