The first is character Follow, its shell bone script is 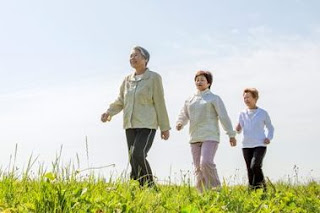 There is another character very similar.

which has two people standing front and back, but facing right and forearms up. It means Compete (See Post 162).

In which, the right part is similar to the shell bone Follow above, the left is radical Double Person, which  means "Street". So the character is Follow too, but emphasizing the two people on street.

The left top is road, the bottom is Foot. The right is two people, which is similar to big seal script, just moved the Foot from the right bottom to left bottom.

which changed a lot. The bottom of "Foot" moves to the right, under the two people. The left become "Street" part. It is difficult from here to see meaningful pictography of the character.

Its song typeface of traditional character is

Its song typeface of simplified character is

similar to the simple form of original shell bone script, which is better pictography and ideogram character. It is a good example of simplified character is better than the traditional counterpart.