The shell bone script for character Gather is

the bottom part is Wood or Tree, the top part is a bird flying over the tree from right to left, ready to land on the tree.

The bronze script is

there are three birds on the tree, which means "Gather or Gathering". 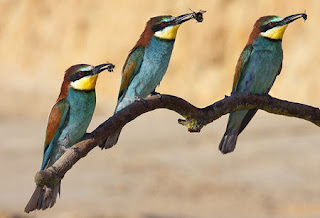 The big seal script of Gather is

which is only one bird on tree. It reduces the strokes of the character but damaged the original meaning.

similar to the small seal script, one bird on tree.

Why the later scripts have one bird on tree may be due to make writing simple and easy.

The meaning of the character is more than Gather right now. It also means "Collect".