The shell bone script of Crowd is 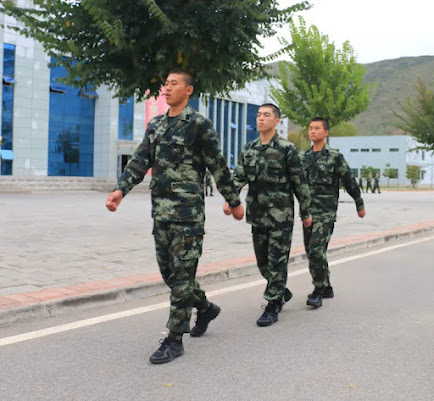 Chinese think that three or more people is many, or crowd. The character is an ideogram character.

The top is changed from character Sun to character Eye right now, which means that a supervisor is watching a group of people. Why did it change from people under the sun to people under watched? My rational is that the shell bone script time was Primitive society, people were more equal, only leader, no supervisor. The big seal script time was Slave society, people were not equal, most people were forced to work. There is another possibility: the Eye represents 3 pairs of eyes from 3 people, all open to see somethings together.

The small script is

Similar to the big seal script.

The top has some similarity to character Eye, but actually is character Blood, which could be a mistake. The bottom has no any similarity to three People at all. Some people believe that the middle is Single – Person Radical,

The song typeface of traditional character is

Similar to clerical script, but the top is character Eye, which is same as the older scripts; the bottom is three People: one Single – Person Radical, the left 人, and the right 人, are song typeface of character People

which are three People, one is on top, two are on the bottom, a triangle. It is different from the older scripts, but it is even better to describe the crowd nowadays. Three people together mean Crowd, doesn't matter if they are under the Sun, or under watched, or one following another. 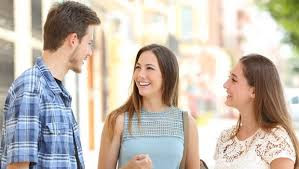 I have to point out, both simplified and traditional characters were existed back to shell bone script time. Experts just eliminated 眾, just left 众.

Because 众 is better to represent Crowd, therefore It is a good simplification, which is very few.

Its Pinyin is "Zhong".