The shell bone script for character Liquor Jug is 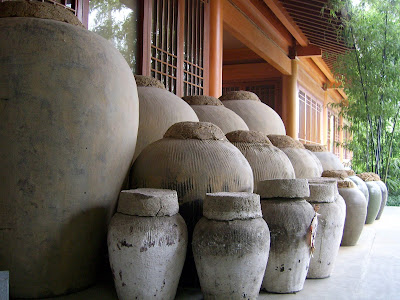 Nowadays, it is not used very often in spoken Chinese, even rarely used in writing. But it is a very common part in characters, normally means wine, alcohol, or fermentation.