Chinese has many characters to express the unit of items or species, like Piece in "a piece of",  Box in "a box of", Dozen in "two dozen of", etc. But Chinese has much more the unit characters, which is very confusing to foreigners who learn Chinese at the beginning.

The shell bone script of character One (unit) is

just a left hand instead of the right hand.

The following is bronze script of One (unit)

one hand on the right bottom. It means "One (bird)", which is specific for bird or bird species. It can not be used in other species or items. From the above old scripts, you won't make mistake to use it in other species because you see a bird in the character. 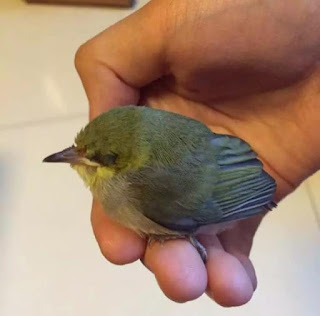 The hand is holding One bird.

Its small seal script for One (unit) is

The top is the Short-Tailed Bird, the bottom is a hand. It has the same ideography, but less pictographic than the older scripts.

which has no any similarity to older scripts, a bad simplified character. People have no clue to relate it with bird, which is the major reason why foreigners are very confused on unit characters. They became far away from their original pictography and ideography form.