The shell bone script for character Stop is

which is a left foot with only three toes. The original meaning of the character is Foot. I don't know when it changes meaning from Foot to Stop, but it should be very early, about 3000 years ago. 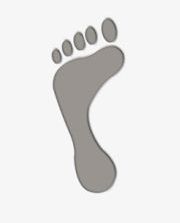 The bronze script of character Stop or Foot is

There are only three toes now, a simplified drawing.
The big seal script of character Stop is

Similar to bronze script.
The small seal script of Stop is

The clerical script for Stop is

Similar to its small seal script.

As time passed, it changed its meaning to Stop. The ancient Chinese created another character to replace the Foot, its bronze script is 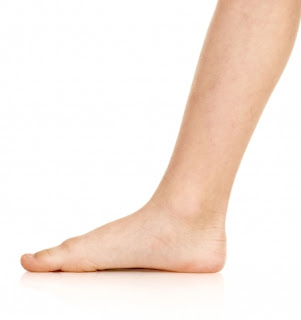 However,  Dictionary of Pictography -《象形字典》explanation is that the top circle is a city, the bottom is the foot walking into the city just as the army came back from the battlefield on foot.

The original character foot became to mean Stop. The rational should be that people need to use their feet to stop.

The big seal script of Foot is

The small seal script for Foot is

The clerical script for Foot is

The current standard printing script for Stop is

The current standard printing script for Foot is

There is very subtle difference between 止 and 足 , 止 is the foot up to ankle, 足 includes foot, ankle, maybe a little bit higher in leg but below knee.