There are two characters of Walk.

The first one's bronze script is

Its original meaning was Run. The top is a man who runs with swinging his arms, the bottom is a foot. But it changed to Walk. The character Run is 跑 right now. 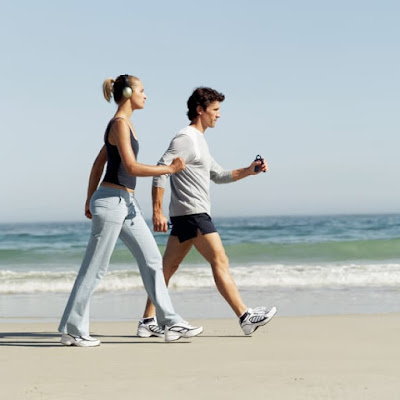 not much pictography any more, even though still has some similarity.

The shell bone script of character Move is

which is an intersection of two roads. Moving is on the road. 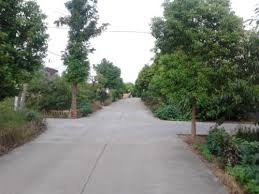 very like the intersection of streets.
Its big seal script is

similar to the older scripts, but the lines are not straight anymore.

The lines are touched, the east - west direction is blocked, not intersection any more.

Not like intersection, even difficult to feel any road-alike. The left part is a famous part which means "road", "street". If a character has this kind part, it should be related to "road", or "street". But the meaning of the character is Moving same as the previous one.

The first one is more popular right now, the second is more used in writing, even though it is used in oral Chinese too. The two can be put together to have the same meaning

is Walk too, but more used in writing.

The two are similar and exchangeable. There is a subtle difference: 行 is used more in the writing, and sometimes it means "pass" or "OK". 走 is just Walk, no other meanings.