The big seal script of Chinese Inch is

a short line under a right hand, which means that a length from the hand wrist to the arm where the line pointing to is one Chinese Inch. It is called indicative character. The short line is like an indicator. 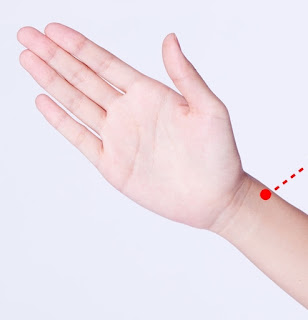 very similar to the big seal script one.

The hand becomes cross with a hook with a dot, still has some similarity older scripts.

It is same as the clerical script.