The shell bone script for character Compete is

two people stand side by side, they are competing. Original, it meant that two slaves were fighting to entertaining lords.

which is more like two people side by side with decorations on cloth.

As time passed, there were no slaves anymore, the character represent any competitions. 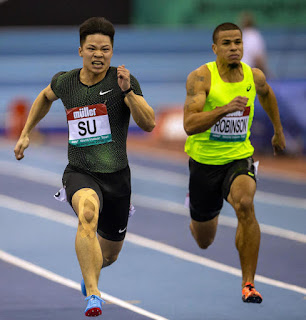 similar to the old scripts above.

Its current Song typeface for traditional character is

Its current Song typeface for simplified script is

only one person, which is not meeting the meaning of Competing, so it is not a good simplified character.