The shell bone script for character Abreast is

The one horizontal line indicates that two people keep in step with each other. 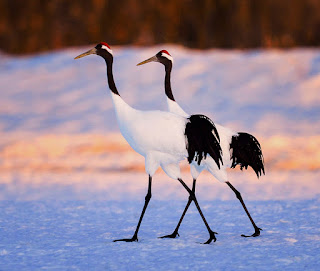 the lines are not continuous but the meaning is the same.

which put two people in one body.

The two people on the top become two dots, which is not good change.