The big seal script for character Flow is

The top and middle of the right part is big stone or dam in the flow to block the flow, the bottom part is the water flow. 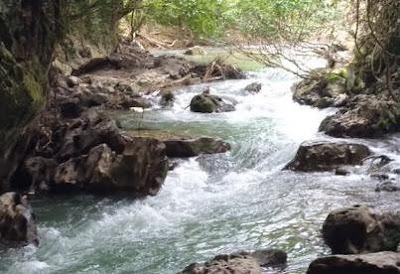 the left changed to "three drops" radical, which represents that the character is water related. The right part is similar to older scripts.

The current printing script is

similar to its clerical script.