The big seal script for character Love is

The middle of the lower part

The 《象形字典》（Pictography Dictionary) explains the character: the surrounding heart is  character 欠，which original means that open mouth, breath out, or speak softly. So the meaning of the character is "To care from one's heart, to show love in a soft voice".
However, I disagree.
The top is a hand which wraps the heart gently to protect it.

The top part above the 心 is a hand,  the bottom is foot: "To care with you hands, To follow the love where ever it goes".

Many people feel if no Heart, then no Love. So it is a bad simplification.

I created an artwork "愛 in Love". 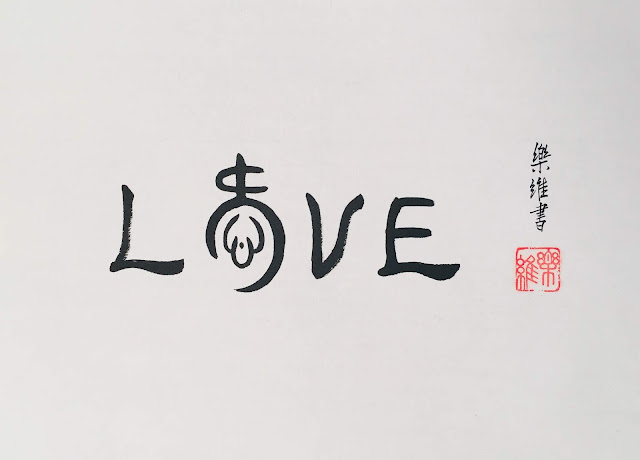