The shell bone script of Happy or Happiness/Joy is

It is a drum on the top, and a mouth at the bottom, which means that a person opens his mouth smiling when hearing the sound of drumbeat.

Chinese have liked to beat drums and dance to celebrate festivals, weddings, and any great news, which is a tradition. 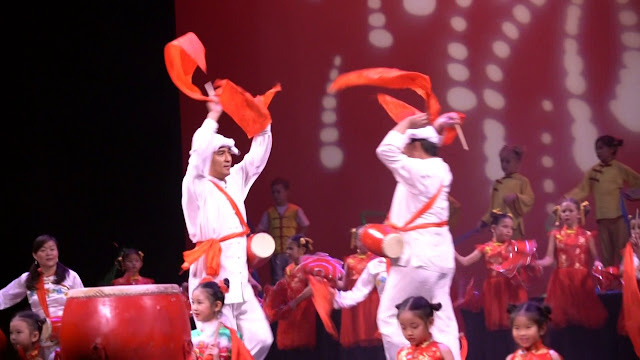 Even there are a drum and a drummer on back of the dragon boat to encourage the rowers and coordinate the paddling. All the audiences are exciting, and happy to watch the race.

The character Happy or Happiness is so popular in Chinese culture. It has been one of the two most popular characters, another one is Fortune (福). Normally it is artistic paper-cut Double Happiness or double joy. 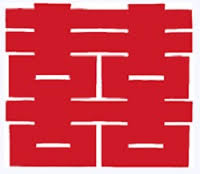 Two Happiness character side by side means Double Happiness, which is used much more than single Happiness.

What you see most on the doors or windows of during a wedding is like the following: 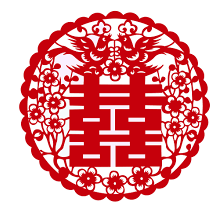 I have to point out that you can't find the double happiness character in any dictionaries, text books, and newspapers, because it is NOT an official character, but it is so widely accepted by all Chinese for hundreds or more than a thousand years. It is one of the two most popular characters in China, you can see it on windows, doors, and walls everywhere.