The shell bone script of character Dust is

In the ancient time, deer hunting was popular in China especially for Royal family members and ministers. When they were chasing the deers, they met the dust raised by deer running. So they created the character: Deer + Soil. 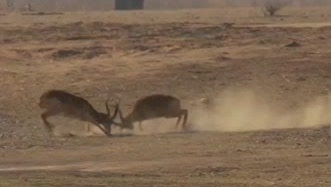 The big seal script is

three deers run on the ground (soil) right now, more dust could be made. 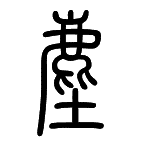 similar to the big seal script.

almost same as the clerical script.

Its pinyin is Chen1.