The shell bone script for character Village is

two men sit on each side of a food utensils to have dinner. 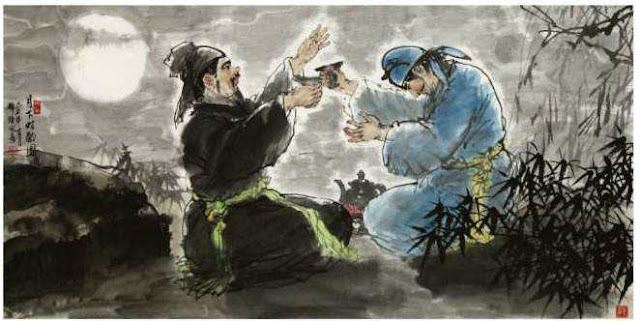 Why does it mean "Village"? There is no explanation. I think that people in the village did eat together in that time.

I think that there were no cities, and towns in ancient time. People lived together to form villages surrounded by rural countryside where few people. People could only go to village to meet people and eat with friends in restaurants.

the middle one is the utensils, but the two sides are not people but the place where people live, such as village, or township. We may think that there is a food utensils, and people sit on each side,  but there are many people, not just two. So the village is big village, or big township.

which lost the similarity. The right part means Ear, and the left part is unknown. One dictionary explains the change was caused by mistakenly writing.

Its Pinyin is Xiang1.