The shell bone script of character Winter is

which is a two knotted rope. Chinese used to knot rope to record things happened. Two knotted rope means end of something, including end of a year. Chinese believed that the year starts in spring, and end in winter. 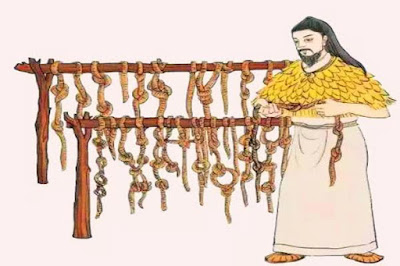 which is similar to the shell bone script.

Similar to bronze script.
Its small seal script is

which changed dramatically. The top is a rope crossing a line as knots, the bottom is Ice, which is only exist in winter when people go to river to cut the ice and transport them back in the underground storage to keep the food for long time. 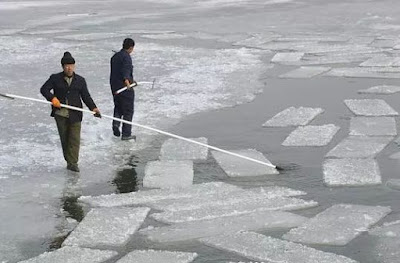 Its Pinyin is Dong1.