The shell bone script for character Glory is

which is a flower (bottom part) with pollen (the dots on the top), which means blooming. 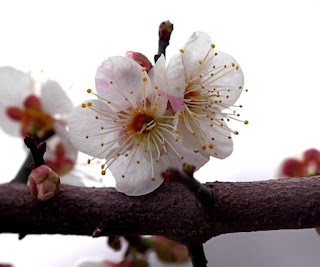 The small seal script for Glory is

The top are two characters 火（Fire), meaning the flowers are like color of fire. The bottom is 木 with a door like cover, which means all trees, and grasses. 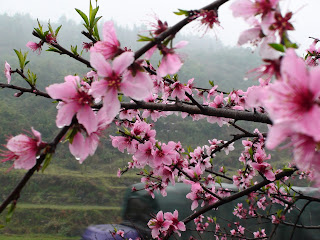 The clerical script for Glory is

Similar to the small seal script.

The meaning has changed from original flower blooming to Glory as the time past. The character is used very often with 华 (Magnificence, Post 217) to 荣华, which means Glory too.

榮
Same as the clerical script.

荣
The top changed to Grass radical from the two Fires, which is not related to blooming any more, away from the original meaning.

Its Pinyin is Rong2.