The shell bone script for Shower is

A tree with water drops around, which means that the tree is take a bath when it is in rain. 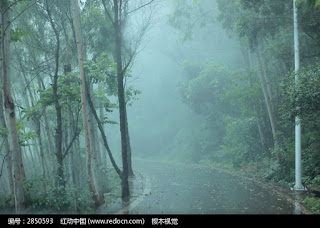 The big seal script for Shower is

The tree in rain is like the hair in water, so ancient Chinese took it as human taking "Shower".

The character gradually changed to taking a shower. 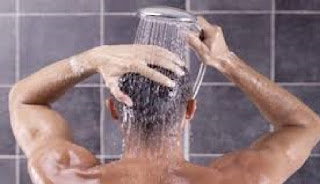 It is a person who is taking a shower under water. The original meaning is still kept, but less used.

People use 沐 with 浴 （Post 230) together to form 沐浴 combination to present "Take a bathe", or "Take shower".