The shell bone script for character Bathe is

The bottom is a bathtub, the top is a person with water drops around him in three different pastures, which is person who is taking a bath. 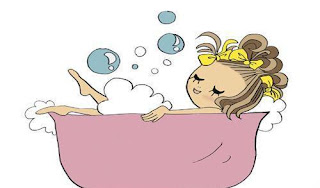 The big shell script of for character bathe is

The left is Water, the right is Valley, taking bath in a river in valley. The character changed completely. No bathtub anymore, no person, but water and valley. The shell bone script reflects the life of rich people who had the bathtub, the big seal script shows the life of ordinary people who didn't have bathtub, so go to river to bathe. 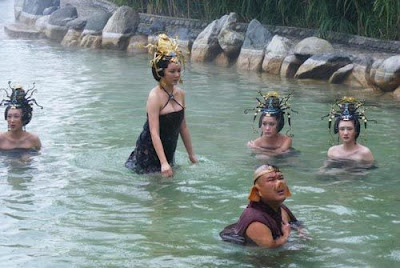 The left is Water, the right is Valley.

Its Pinyin is Yu4.

Now, the traditional bathe 浴 is not popular especially in cities. We learnt 沐 in post 229, which means Shower. Chinese now use 沐浴 (Shower-Bathe) together more often than just use single 沐 or single 浴. 沐浴 is a very common two-character word, which means bath with washing both hair and body no matter it is a shower or bathe.