The shell bone script for character of Benefit and Overflow is

The top is 水 (Water)

The bottom is 皿 （Pot)

Water is boiling in the pot.

Both characters shared the same shell bone script, or we can see that the original meaning of benefit is overflow: You have more than you need.

Because the creation of characters is not easy, at the beginning there were not many characters, so it was common for character to have multiple meanings, normally related meanings. 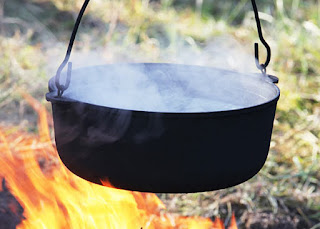 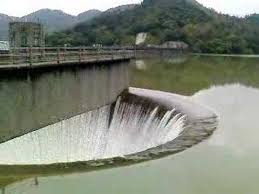 The small seal script for the character of Benefit is

The top is 水 （Water) in horizontal position, which means the water flow in horizontally, not vertically. The bottom is Pot or Cup, like a cup of overflowing beer.

Small seal script was created during 221 BC to 200 BC when people created another character for Overflow (you will see later in this post). 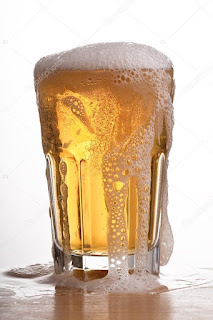 Similarly, the top is horizontal Water, and the bottom is the Pot.

It looks like overflow: too much to hold on, or  more than we need, which is similar to benefit, or good for, which is Benefit.

In order to avoid confusion, ancient Chinese created another character in big seal script for Overflow back to 3000 years ago right after shell bone script time, and long before the small seal script was created

The big seal script for Overflow is

The small seal script for Overflow is

Similarly, the water on left to indicate Overflow,  not Benefit.

The clerical script for Overflow is

The two characters are from the same shell bone script, but evolved to different meanings. To distinguish them, ancient Chinese added a water to the character for Overflow, and original character became Benefit.

Both are pronounced exactly same which is very confusing to beginner of Chinese learning students. But it is very clear to see the difference of the two in writing. So if you only learn oral Chinese, it is difficult soon after you learnt some words, you will be confused by too many homophones and 4 tones.
Posted by Lewei Shang at September 07, 2019