The shell bone script of character Strange and Ride is

The left is a person who is riding a horse, the top is the person, the bottom is the horse. The right is simplified a picture of the left, especially the horse on the bottom. The shell bone script is not unified, one character could be written or drawn differently by different people. This is why The First Empire wanted and did unify the characters to small seal script. 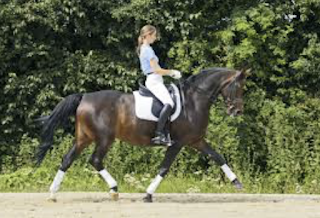 The character meaning was Ride.

Back to 3000+ years ago, Chinese didn't ride horse, only barbarian from western regions rode horses.
Explanation in the "象形字典“ （The dictionary of pictography) is that Chinese felt very strange for people to ride horse. So the ride-horse = strange. 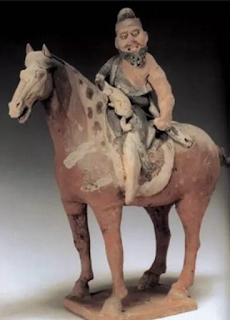 I think there may be another possibility: Chinese considered that the horse riders (foreigners) were strange because they looked different, they spoke differently, they thought differently. So the Ride means Strange too.

The top is like a person, the bottom is not like the bottom of the shell bone script, but we can image that the 口 is the stirrup, the right hook like is the right leg of the rider. The left leg is on the other side of the horse, blocked by the horse body.

The character without horse on the left means Strange.

The small seal script of character Strange is

The small seal script of character Ride is

The clerical script of character Strange is

The clerical script for character Ride is

The Pinyin for both characters are same: Qi2.