The shell bone script of character Grandson is

The character means that a generation younger than son, or descendant of son. 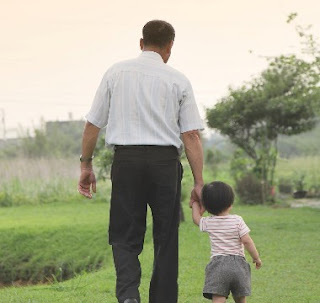 Son on the left, Tie hanging on the right arm of the Son.

Son on the left, and Tie on the right.

Similar to the small seal script, just the Son and the Tie changed to clerical script.

The traditional song typeface is

孫
Which is very similar to clerical script.

The simplified song typeface is
孙

The Pinyin for the character is Sun1.

孙 is a popular family name. Sun Yat-sen, the founder and provisional first president of Republic of China in 1912 right after the Qin Dynasty was turned over, has Sun family name.