The shell bone script for character Inside is

the door alike outside is cave people live, the inside 人 is person. A person in the cave means Inside. 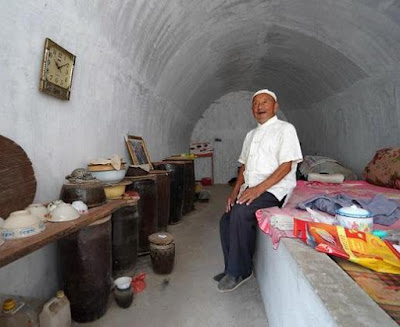 The big seal script for Inside is

The small seal script for the script is

similar but the person is out of the top of cave! What kind of cave, and what kind of person?
I don't know the reason why the person gets out. It is a little bit strange, but it was accepted by people.

The song typeface for the character is

Its pinyin is Nei4.