The big seal script for character Universal is

the top is two people standing side by side

the bottom is Sun.

There are people who stand side by side in the early morning when the sun is rising. 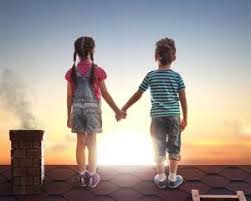 Every one share the same sunshine, which means universal.

the top is 並, means two people standing side by side, just simplified from the old scripts.

However, 並 as a single character is not used in simplified Chinese any more (see Post 241), but it is still used in characters as a radical or part of the character like 普 above, in which the top is 並, not 并.

Its Pinyin is Pu3.

Nowadays, 普 has the meaning of General too. Same as English, the difference between Universal and General is very subtle, Chinese just share the same character to mean both. People could figure out which meaning in the context.