The shell bone script of character Residence is

outside is a house, inside is the pillar. 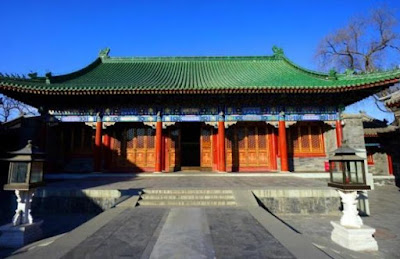 The bronze script of character Residence is

The outside is similar to the shell bone script, but the pillar inside is not straight, the reason is unknown.

The small seal script of character Residence is

The top is the roof, and the bottom is supporter even though it is bent too much, which may be due to clerical script emphasizing the big wave stroke in the bottom.

The Song typeface is

Its Pinyin is Zhai2.

宅 is decent, big, independent house, normally with solid and high fence. There is another character 房, which means House. House may be big or small, single house or apartment in a building. In China, 宅 is most old residence, not many left. Most people are living in house (房).