The shell bone script of Household is

which is left half of character Door

The original meaning of Household is Single Door. 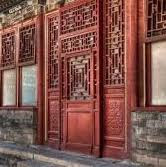 In comparison, the Door is double door or twin door 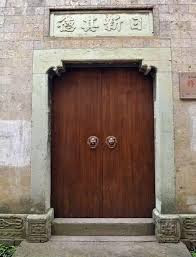 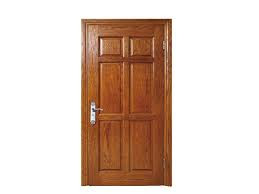 is belong to single door.

The big seal script for the character Household is

is a single door.

Even though the Single Door is still one of the character's meaning, but its major meaning has been  Household long time ago, possible more than two thousands years. It is unknown why people used single door to represent household instead of Door (double door). I guess that most people could only build a single door house by the financial situation, or most people were not allowed to build a double door house without being a high level official of government.

So when people talk ordinary people (> 99%), they mean those who live in houses with single door, not double door (very few).

which is very similar to older scripts, but there is tiny difference: the right vertical line is not touching the the top horizontal line. I don't know if it was written this way by mistake or intentionally. 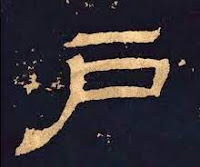 The smooth continuous horizontal line turning to vertical line changes to a horizontal line, and a left-falling line without connecting any more, which is convenient for writing clerical script, nothing else.
The traditional song typeface is
戶
Similar to small seal script.
The simplified song typeface is
户
The top left-falling line becomes a dot, which is absolutely unnecessary because there is NO stroke reduced, but more destruction of the pictography.
The Pinyin for character 户 is Hu4.