Chinese has few prepositions, this is one of them.

The shell bone script of character To is

The bottom is a board.

I mentioned in previous posts: the shell bone script was written/drawn on bamboo slips which are very narrow, so people often drew the long object vertically. So the arrow touched the board vertically, which should mean that the arrow touched a vertical board horizontally.

The arrowed touched the board, which means “Get there”, the original meaning of the character. 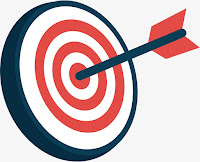 However, Dictionary of Pictography -《象形字典》explains that the top is up-down character Across (Post 46)

which is a person crosses his legs. The bottom line is a bed. A person arrived at home, tired went to bed to sleep, which means "Arrived".

I don't know which one is right at this moment.

The small seal script of character To is

The clerical script of the character To is

If you go China, you will see this character on the schedule board of flight, train, or bus:
上海 至 北京 （Shanghai to Beijing).