The bronze script of character Public or Male is

The top is character Eight - 八, which also means Separate - 分 (Post 156). Here is Separate. The bottom circle is something such as foods, tools, or animals shared by community, group, village, etc.  The character means that the public shares property among the society members.

Similar to bronze script.
The small seal script of the character is

The top is 八, character Eight; the bottom is 厶, character Private.
The Pinyin of the character is Gong1.
The original meaning of the character is Public. As time passed, it has more meanings: Male is the most important. Why does it mean Male too? I think that the person who is in charge of dividing foods or property among people must be a most respected, senior member in the community, who was a man in patriarchal society which is the time when the shell bone script was created.
There is a character 翁 - Old Man. Let's see its clerical script

The top is 公 - the character we discuss in this post, the bottom is character 羽 - Feather (Post 89).  A person who wears feathers. 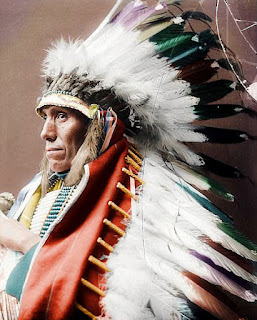 A Chief or Leader of the village, or community, who must be a man. I will discuss the character in next Post.
公 also means Fair, Justice, Open.